Reasons Why I Shouldn’t Workout Today

YAWN! It’s morning and I’m tired! How am I supposed to workout like this? I had big plans last night that I would wake up today and be uber productive. I was going to make the day count but I’m not so sure anymore. Of course, I would LOVE to workout and take care of my plans but I have a lot on my plate right now.

Before you judge just hear me out. NO NO I have some legit reasons:

I just lost my train of thought.

This is random but sometimes when I’m deliriously tired I think of Jackrabbit Johannsen, a world famous Canadian cross country skier. He went skiing with me once when I was very little. I was about 4 years old and he was about 109 or so. Yes, you read that right.  Old Jackrabbit was a total badass and skied in our crazy Canadian winters well into his hundreds. He never gave it up. 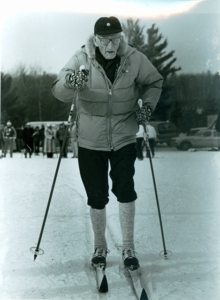 Where was I again? Oh ya, so as I was saying. I’m tired OK! Leave me alone!

Darn, I lost my train of thought again. I guess it’s a generational thing. Let’s face it, anyone born after 1980 has ADHD.

Speaking of Jackrabbit Johannsen, another thought just popped into my head. Remember that guy Terry Fox? He had an aggressive type of bone cancer which he succumbed to at the young age of 22. He had his leg amputated and used a rudimentary prosthetic limb to help him in a marathon that took him 5373 kilometers and 143 days on the road. In his quest to gain funding he stated that he would “conquer” his disability and promised to complete his run, even if he had to “crawl every last mile”. 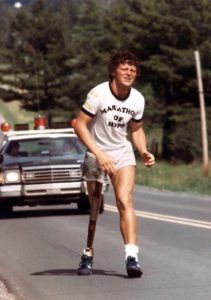 I’m sorry but I forgot to take my ADHD meds again.

Remember Trischa Zorn? She’s the most successful athlete to compete in the Paralympic Games, having won 55 medals (41 gold, 9 silver and 5 bronze). She did this all without the use of eyesight. Trischa was blind from birth and learned to swim despite being excluded from swimming classes in her elementary school due to her disability. 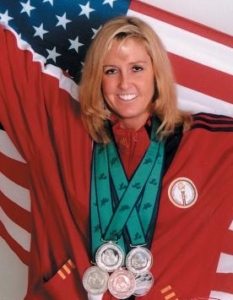 So anyways, where was I again?