Skip to content
I have no problem in being upfront about my love-hate relationship with Instagram. It’s well noted among my friends and family that I’m a begrudging addict. My daily dosage of my favorite app consists of one hour of hearts and hashtags first thing in the morning, boomeranging action shots in the gym throughout the day, and an hour of Insta bedtime stories to put me to sleep. Ya ya, I know what you’re thinking but stop judging – we all have our vices. And besides, what’s not to like about it anyway? I get to post and watch others post the most random stuff ever. It’s like your own little reality show. Eating ice-cream is pretty fun on its own, but trust me – the fun factor of scarfing down a bowl of candy cane ice-cream increases exponentially if you get to share it with everyone. And what else am I supposed to do exactly while I’m waiting for the subway? That’s the time I devote to Insta stories of Darryl walking his dog or seeing what Jenny looks like with freakishly cartoony cat features.

With all of it’s pros and cons…

Instagram has a whole other side to it and it’s nothing to turn a blind eye to. It’s changing the world in a big way. An increasing number of young’ins from generation Z are becoming very adept at utilizing it and other social media platforms to create inspirational projects for themselves. I’m in the fitness profession myself, where on a daily basis I’m exposed to countless cases of young twenty-somethings using these apps to build large followings and launch their fitness careers.

Among my Insta connections, there’s one rising fitness star in particular that has stood out as a shining example. Her name is Liv (Olivia). Standing at an agile height of 5’1 and small in stature, 21-year-old Liv is a jack of all trades in the world of health and wellness. She recently graduated in Fitness and Health Promotion and is in her fourth year of a Kinesiology program. She has future plans of getting into physiotherapy, chiropractic medicine, becoming a registered nutritionist, and continuing as a personal trainer and group fitness instructor. As a side project from her schooling, she started her own Toronto based business called OP FIT, where she does in-home personal training and is the group fitness instructor of her wildly popular Booty Boot Camp. Not only has she busted more bubble booty’s than Sir Mix A Lot (Youtube it if you like big bootys) and gathered a substantial fiercely loyal following of clients but she’s accomplished it within a short period of a year.
At first glance, you might think that from her lofty ambitions, badass demeanor when she’s training, and fitness model looks that she might have an ego the size of “the Rock’s” bulging biceps. In reality, Liv has always been extremely shy and has suffered from social anxiety throughout most of her life. She tells me that she was “absolutely terrified” before her first few boot camps. So much so that she even came close, on several occasions, of canceling them last minute and abandoning her plans as a group fitness instructor. “It opened up a new world of possibilities for me when I decided to tackle my shyness and try new things. Everything in my life started to change for the better when I stepped outside my comfort zone.” Liv was determined that her anxieties weren’t going to hold her back from accomplishing her goals.
When you talk to her one on one, it’s easy to tell by her soft voice and shy demeanor that she’s still as humble as ever. However, don’t be mistaken – she has the uncanny ability to turn her beast mode on like a light switch. Several times a week she’s pushing her clients to go the extra mile, to run just a little longer, to get off a few more squats, and to lunge walk to the finish line where they’re met with pools of sweaty high fives and ear to ear smiles. “It’s a real confidence booster” she says, “the more we push ourselves to our limits, the more confidence we gain in ourselves and the more we grow as people”.
Entitled or Just Working Smarter?
As much as we like to crap on the current generation of young adults for being entitled, I think some of this criticism is a misunderstanding of the widening possibilities available to us between our generational gaps. The majority of people from my generation and above still haven’t woken up to this kind of career revolution that’s taken place. More and more young people are becoming entrepreneurs simply because it’s easier and more affordable to do so than ever before. You no longer have to take out a million dollar loan from a bank to open up a risky brick and mortar business. It’s now done with the click of a cell phone. It’s morphed into an online world, where someone in Liv’s case doesn’t have to go through the traditional route of working as a personal trainer at a gym that pays minimum wage. That’s a big leap from just a few years ago, when being herded into the corporate route was practically the end all and be all of earning a living.
More people are catching on to these stories and it’s inspiring people in a big way, both young and old, to get moving and start acting on their own passions. Go exploring for yourself and pay attention to what young go-getters like Liv are doing. Maybe you could also become a badass booty boss lady or an entrepreneur in your own right. It’s a new world with endless possibilities and there’s never been a better time to step out of your comfort zone and take a chance on yourself.
So if you have a project you’d like to start then get acting on it – no ifs, ands, or buts. Well, maybe a few butts! I like big butts and I can not lie… 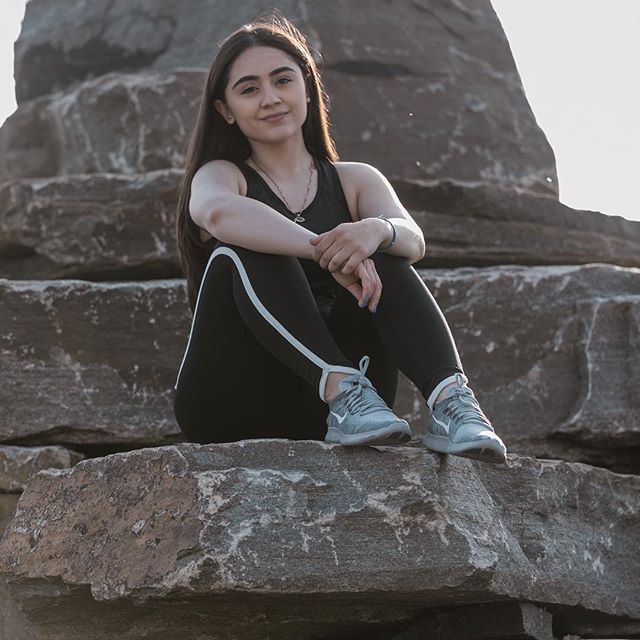 Read this article for tips on losing belly fat.